HOMENEWSnewsPRESENTATION OF THE PROTOTYPE SYSTEM “SCS” AT THE MEETING A.N.E.P.L.A. 2016 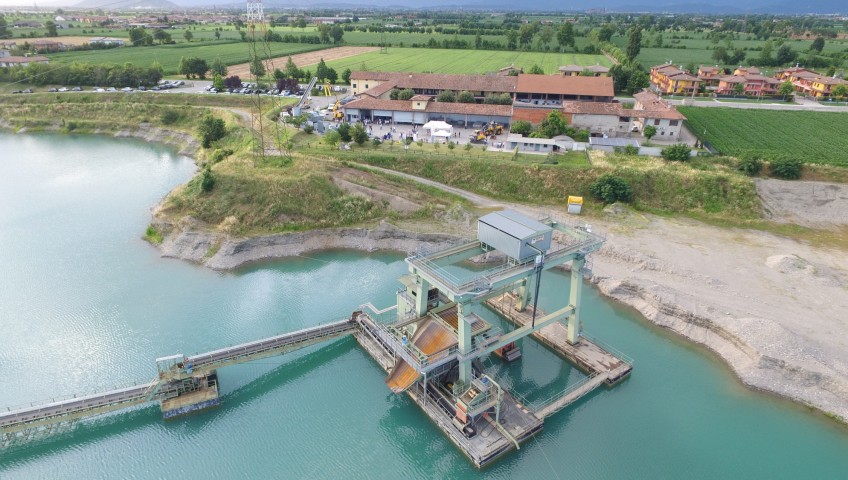 PRESENTATION OF THE PROTOTYPE SYSTEM “SCS” AT THE MEETING A.N.E.P.L.A. 2016

The members of A.N.E.P.L.A. held their general assembly in Berlingo (BS), in Italy on 17 June 2016. Tecno-Beton took this opportunity to present the prototype of its new “SCS”.

The 2016 A.N.E.P.L.A. general assembly was held in the venue which was generously provided by our partner Gruppo Gatti SPA, in Berlingo (BS), Italy.
This year, the association decided to expand the annual event into an opportunity for the various players in the field of aggregate extraction to discuss the most important technical issues facing the industry, environmental protection and workplace safety: The sectors of gravel extraction and that of machinery constructors, plant, materials, and services aimed at mineral extraction and aggregate production.
The idea was to maximise the opportunity to exchange ideas regarding technological innovation and the evolution of the market, and to create, for example, some cues for reflection and some ideas for rationalisation and increased efficiency in production to best tackle the difficulties faced.
The first part of the meeting was a closed sitting to deal with the statutory formalities (this year the approval of the new statute, in accordance with the mandates of the Confindustria reform, was particularly important). This was followed by a workshop which was open to the public on the subject of “New technology in quarries for Safety, Health, and the Environment”, which saw the presentation of some of the most innovative solutions for the optimization of production and quarry activity. The meeting concluded with a “live” meeting at the stands of the various exhibitors in the Goods and Services section.
For TECNO-BETON this was a chance to present a prototype of the new SCS “Separating Concrete System” which, combined with its tried and tested RCS system, efficiently meets the needs of the industry to manage returned ready-mixed concrete. The workshop was well received by the participants who showed great interest in our products and services.